EURGBP has found support at a critical uptrend line and will look to economic data for further gains.

Tuesday will have ZEW economic confidence figures for Germany and the Eurozone. Wednesday will be the big day with inflation released for the UK and Europe. 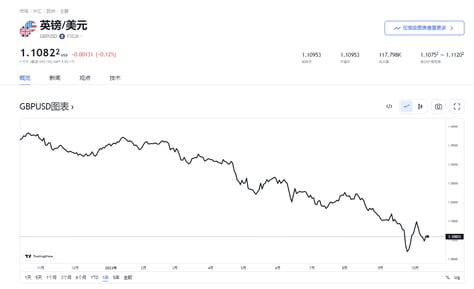 The EUR versus the GBP has found some buyers at the 0.8600 level and now awaits the data.

In the UK, the new chancellor was trying to steady the ship after recent bond market turmoil, and the new Prime Minister remains under pressure. That adds a headwind to the Pound sterling in coming sessions.

Jeremy Hunt announced he was scrapping “almost all” of the tax cuts announced by the government last month. Mr. Hunt said the planned cap on annual energy costs of £2,500 for a typical household would be scaled back. That will run until April when a new approach will be sought “that will cost the taxpayer significantly less than planned.” Another reversal was a penny cut in income tax due in April. The chancellor said the rate would remain at 20p “indefinitely until economic circumstances allow for it to be cut.”

The British economy will release inflation on Wednesday with a forecast of 10%. Prices dipped last month to 9.9% from 10.1%, but a slight rise is expected again. Later that day will also release core inflation for the Eurozone. That is likely to rise from 4.3% to 4.8% and could spur rate hike talk for the European Central Bank.

On Monday, Germany’s Economy Minister Robert Habeck said, “with fiscal policy in place, they can avoid a deep recession in Europe without fuelling inflation.”

“After this winter, we can expect a decrease in gas prices in the world market,” he added.

Europe is said to have enough gas for the winter, but forecasts say next year could be worse. Governments have successfully scrambled to restock underground natural gas reserves in preparation for the winter. This week, Germany reached a critical point by filling its gas reserves to 95% two weeks ahead of schedule. Gas stocks in the wider Eurozone are also at nearly 92%.

But experts warn that European gas storage is only designed to last a few months, regardless of whether the winter is cold or mild. Between increasingly limited flows from Russia, no new projects coming online next year, and stiff competition from Asian markets, Europe’s energy crisis looks like it will worsen next year.

“Most likely, all of the gas from underground storages will have been utilised by the end of the heating season in spring, and there are no significant potential additions visible in 2023 for European supplies,” said Tatiana Mitrova at Columbia University’s Energy Policy centre.

“It seems to be nearly guaranteed next year will be worse,” she added. “I’m afraid it will be really tough next year.”