USDCAD Seeks Breakout Ahead of BoC Decision on Interest Rate

USDCAD trades at 1.1312 and is looking for buyers as it pauses ahead of the Bank of Canada interest rate decision tomorrow. 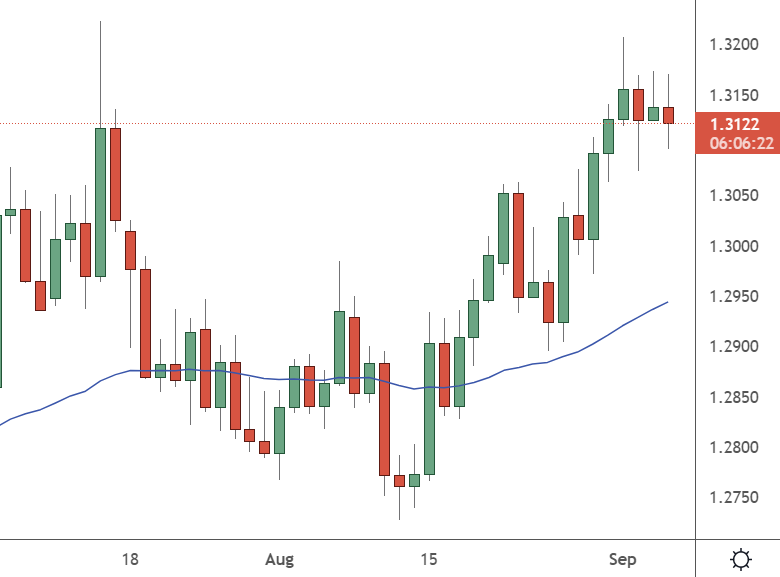 Markets are expecting a whopping 0.75% rate hike from the BoC and the actual size of the hike, or comments from policymakers, will either put a lid on USD gains or see it breakout.

Tomorrow’s number will determine if the US dollar can get above 1.32 or start a pullback towards the 1.30 level.

The greenback got a boost from today’s ISM Non-Manufacturing PMI figures, which showed a reading of 56.9. That was higher than the 55.1 expected and keeps the economy in expansion mode.

The Bank of Canada is widely expected to announce a fifth interest rate hike this year as it tries to tackle sky-high inflation. In July, the bank surprised markets by raising the rate by a full percentage point, bringing it to 2.5 percent. A move to 3.25% would be a huge jump from 0.25%, which is the level Canadian rates started the year at.

Analysts say there is a possibility of another percentage point move, or 0.50%, but the likelihood is 0.75%. Traders should look for opportunities to trade a surprise to the expectations.

The US Federal Reserve is also expected to go for another rate hike of around 0.75%. If Canada goes harder, it will make their bonds more attractive, with both countries sitting at a rate of 2.50%. A 0.75-1% move would give the Canadian dollar some impetus, but a 0.50% move may swing the pendulum back to the US dollar.

This pair can offer some volatility over the rest of the week as there will be trade balance figures released with the rate decision. On Friday, we will get employment for the Canadian economy. The country is expected to add 15,000 jobs while the unemployment rate rises by 0.1% to 5%. This will tie the employment figures to the rate decision much more closely. Traders will look to see if rate hikes are harming the economy, as the BoC would then consider scaling back.