The EURUSD exchange rate awaits the release of inflation data for Germany and the US on Tuesday.

Inflation from Europe’s largest economy is a final number and is likely to be close to the 10% expected. The US numbers are for November and will be the driver of the exchange rate. 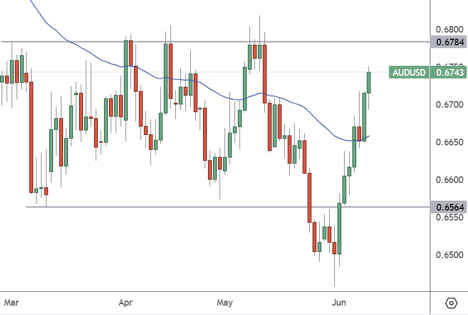 The EURUSD pair has paused from a recent rally and found resistance at the 1.06 level. That has a high chance of happening, but it will depend on the data.

US dollar strength would have to come from a higher-than-expected inflation rate.

Analysts are expecting to see a drop in inflation from 6.3% to 6.1% for the most recent month. The year-on-year inflation rate is also expected to drop, from 7.7% to 7.3%. An upside surprise would put the US dollar back in command after recent losses.

German inflation could drop in the coming months due to low-cost public transport tickets agreed to by political leaders, experts said. ING chief economist Carsten Brzeski said the 49-euro monthly ticket, which is an extension of a temporary scheme from the government's first relief package, would act as another brake on inflation.

During the first quarter of 2023, Brzeski expects inflation to be one percentage point lower than usual thanks to the Deutschlandticket, with a further cap on gas prices set to start for households and businesses.

"So, with this, we will also reach peak inflation in December," Brzeski said.

For the United States, inflation has cooled in recent months, and that has seen selling in the greenback with the Federal Reserve stating that it will slow the pace of interest rate hikes.

US Treasury Secretary Janet Yellen has said that she sees prices much lower at the end of next year as long as there are no unanticipated shocks to the economy.

The November inflation numbers will be important for the EURUSD pair with the Federal Reserve meeting coming a day later. Analysts expect a 50 basis point rate hike, and traders will try to get a jump on their next steps with the price reading.