An oil crisis is usually identified by skyrocketing oil prices within a short period on a global scale. A sharp increase in oil prices over a few weeks or months typically hurts economic activities within the affected countries. Such effects are referred to as an oil crisis.

There are three well-known oil crises, which occurred in 1973, 1979 and 1990. Of the three oil crises, only the first was "man-made", the other two were caused by "uncontrollable factors."

In addition to the three oil crises mentioned above, 2000 and 2020 are also considered medium-sized oil crises. Especially in 2020, the delivery price of crude oil once fell to a negative value. 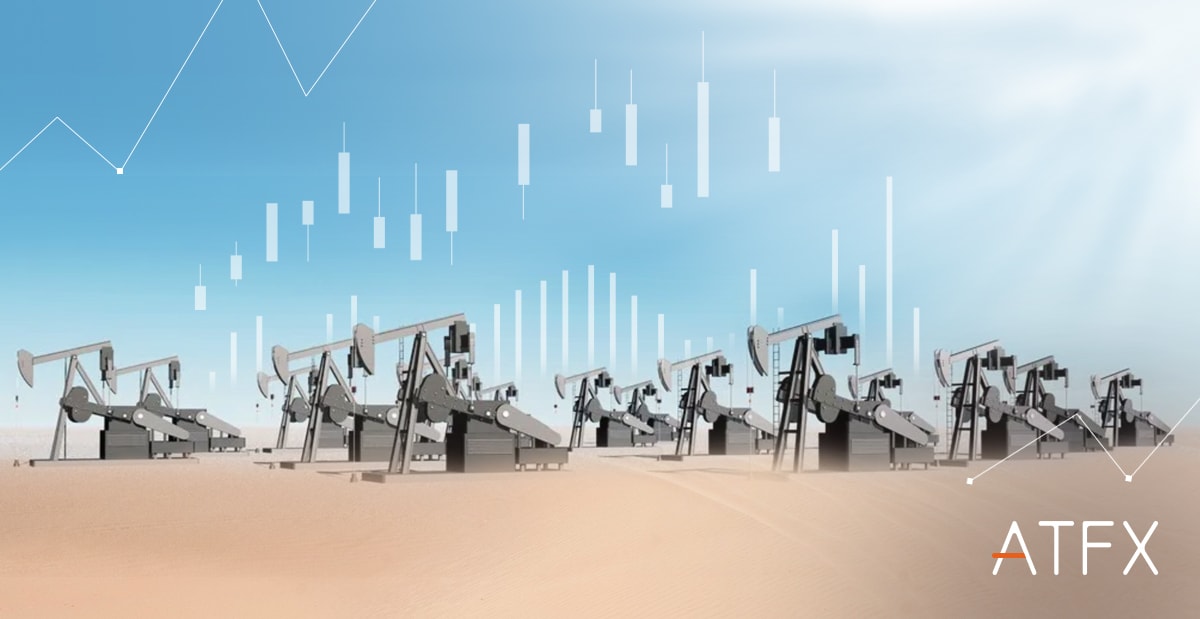 The 1973 oil crisis coincided with the Fourth Middle East War. Egypt and Greece were working hard to capture Israel’s the Sinai Peninsula and the Golan Heights. Because Western countries led by the United States supported Israel, the Arab National Petroleum Exporting Organization (not OPEC) decided to implement oil embargo measures.

The countries initially targeted were Canada, Japan, the Netherlands, the United Kingdom and the United States. The embargo was later extended to Portugal, Rhodesia and South Africa. As a result, the price of crude oil imported into the United States rose from US$3/barrel before the embargo to US$12/barrel afterwards. The crisis also caused the United States to start paying attention to the oil supply issue, mainly after it emerged that other countries could withhold the vital commodity affecting the US economy. The US  even invented a new term known as "oil weapons."

The 1979 oil crisis was triggered by the Iran revolution, which saw Khomeini become the country’s supreme leader after overthrowing the Pahlavi dynasty, a monarchy. Khomeini transformed Iran into the Islamic Republic after becoming the supreme leader.  The Iran revolution is very similar to the 1911 China revolution that dethroned the Qing Dynasty ending imperial rule establishing the Republic of China. 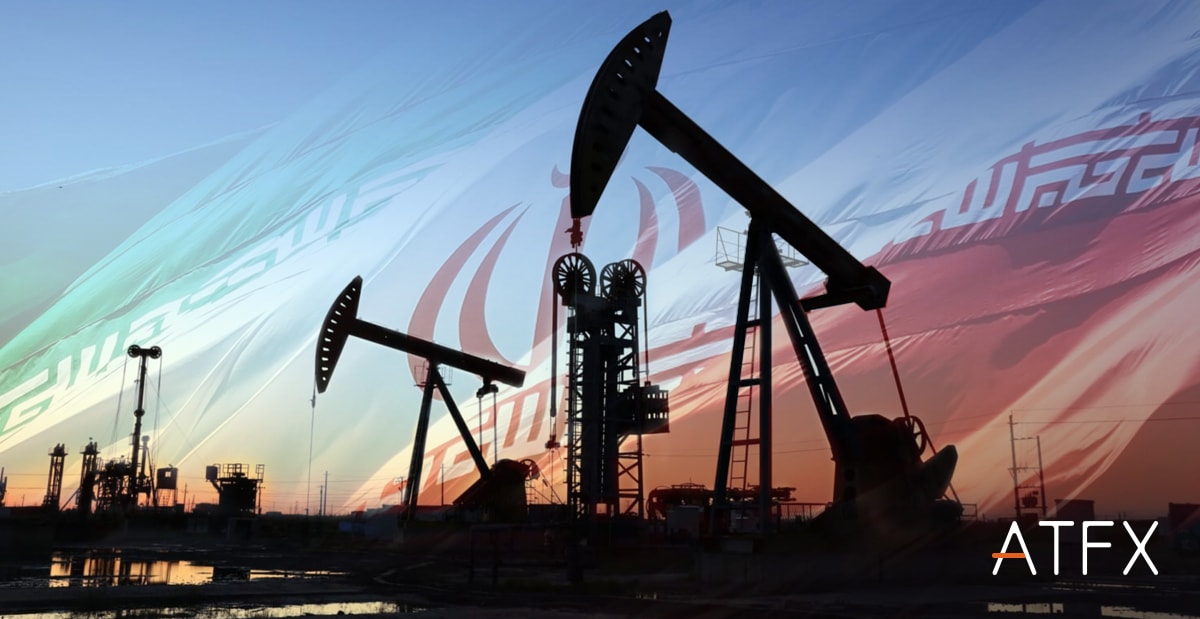 Therefore, the revolution was of great significance in Iran’s history. During the Iranian Revolution, the country’s oil production and exports fell sharply, leading to a 500,000 barrels of oil per day supply gap in the international crude oil markets, which caused oil prices to rise sharply.

Over the next 12 months, the price of crude oil more than doubled to $39.50 per barrel. Once again, the United States had its people lining up to refuel their cars amid a massive oil shortage. Since the oil crisis of 1979 was shorter than the oil crisis of 1973, it had more panic elements. However, the actual crude oil supply gap was not as huge as imagined because, at that time, Iran’s total oil output was only merely 1/10 of the world’s total output.

The 1990 oil crisis was triggered by the Iraqi invasion of Kuwait in the same year. A coalition of forces led by the United States immediately launched a military strike against Iraq. During this period, the two major oil-producing countries, Iraq and Kuwait, were in a state of paralysis, and the international crude oil supply once again fell sharply.

The average monthly price of crude oil rose from US$17 per barrel in July to US$36 per barrel in October. So you can see that the price increase during the third oil crisis was much lower than during the first oil crisis. In addition, need to clarify that there was no direct connection between the disintegration of the Soviet Union in 1991 and the third oil crisis. Internal problems primarily caused the collapse of the Soviet Union.

However, no landmark event caused the sharp oil price increase during this period. You can say that China’s rapid economic development after 2000 led to a surge in international oil demand. The high oil demand led to higher crude oil prices.  The oil price rally can also be attributed to the Fed’s quantitative easing measures that led to the excessive printing of US dollars, which saw the dollar depreciate significantly. The dollar’s depreciation is likely to have led to the long-term increase in crude oil prices. Furthermore, there was the North Korean nuclear issue, the Iran nuclear issue, and the conflict between Israel and Lebanon, which could have affected oil prices to a certain extent. In any case, the beginning of the 21st century was a period of rapid development of the crude oil market. The price of crude oil at $60/barrel is low because the crude oil price had risen to very high levels during that period.

A rapid increase in oil prices causes most normal oil crises, but the oil crisis of 2020 was due to an excessive drop in oil prices. Saudi Crown Prince Salman wanted to compete for the right to price crude oil against  American producers. In addition, the new crown pneumonia epidemic had rapidly swept the world. As a result, crude oil prices fell from $65.65 in January 2020 to the lowest price of $6.5 in April, a breathtaking 90% drop. Logically speaking, the decline in crude oil prices was a good thing for consumers; after all, it led to lower gasoline prices.

The fact that the price of crude oil fell to such a low level represented a significant problem within the macroeconomy. Moreover, although there was no terrible hyperinflation, the increase in unemployment and bankruptcy rates still caused significant panic.

Finally, trading crude oil does not require traders to know the history of the three oil crises; you only need to focus on crude oil inventories and OPEC’s production.

But if you want to know the reasons behind crude oil prices, you must be familiar with the fluctuations of crude oil prices. In addition, you must have a good understanding of the psychological changes in the public when various risk events occur in history. For this reason,  the study of the three oil crises is of great value.

Why Is Leverage High in the Forex Market? – Trading Strategies for Intermediate Traders

When discussing financial investment, it covers a broad range of trading tools. Leverage i...

Forex vs Stocks: What's the Difference? - Trading Strategies for Beginners

Most people think of fixed deposits and P2P products when it comes to financial management...

Why do most Forex Traders use MT4? ﻿5 Major Benefits of the MT4 Platform

The first step to learn how to trade the foreign exchange market is to be familiar with th...

Which varieties are most suitable for short-term trading? - Trading Strategies for Beginners

Which varieties are most suitable for short-term trading? Beginner’s Guide by ATFX Trading...

In this step by step guide, we’ll cover many subjects to help you become the best and most confident trader you can be. ...

How can I start trading? If you’re just starting your trading journey, our “complete guide for beginners” is aimed at yo...

HIGH RISK INVESTMENT WARNING: Trading Foreign Exchange (Forex) and Contracts for Differences (CFDs) is highly speculative, carries a high level of risk and may not be suitable for all investors. You may sustain a loss of some or all of your invested capital, therefore, you should not speculate with capital that you cannot afford to lose. You should be aware of all the risks associated with trading on margin. Please read the full Terms of Business.

Restricted Regions: AT Global Markets LLC does not provide services to residents of certain countries, including but not limited to Canada (Provinces of British Columbia, Quebec, and Saskatchewan), Japan, Taiwan, Democratic People’s Republic of Korea (DPRK), Iran and United States of America (USA), or any person in any country or jurisdiction where such distribution or use would be contrary to local law or regulation.