The Australian dollar (AUDUSD) has lost significant value against its crosses in the market following the report of a massive decline in its employment change. The growing concerns over the rising tension in Taiwan seemed to have displaced more people from their jobs within the past month. 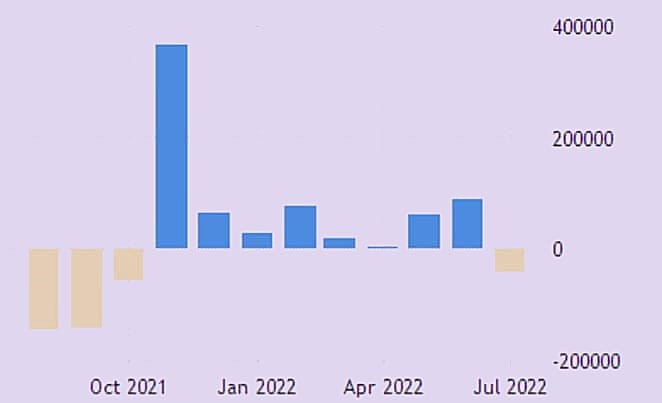 The pessimistic reports from the Australian employment change have given the bears more reasons to attack the Australian dollar in all its crosses in the market, especially AUDUSD.

The bulls seemed to be pushing these pairs up again after the initial fall witnessed during the Asian session today. However, their current retracement will likely be short-lived as the growing concern over Taiwan continues to dissuade investors.

What is the Australian Employment Change Report

The Australian employment change report is an important economic data that measures the change in the number of employed people within the country. This includes both full-time and part-time workers. Employed people here is a broad term that covers all workers receiving a monthly payment from an employee, whether government or private sector.

What is the difference between the Australian Employment Change and the Unemployment rate?

The fact that both the Australian employment change and the unemployment rate figure are released simultaneously calls for more clarity on the difference between these two data.

What impact will the Employment Change Report have on the Australian dollar, especially AUDUSD?

The poor reading from the Australian employment change report is not a good sign for the Australian dollar. As the Taiwan tension increases, this becomes another solid reason for dispersed investors.

The effect of this pessimistic report is that it will weaken the Australian dollar against other currency pairs matched with it in the market. This means we can expect more downside movement for the AUD crosses such as AUDUSD, AUDJPY, AUDCAD, and AUDNZD in the coming weeks.

The bears will likely benefit more from AUDUSD, especially as the dollar index is currently bullish. This will cause more downside movement for this pair ahead of the next Fed session in September.

European shares were lower on Monday on fears that the global interest rate cycle could re...

AUDUSD collapsed on Monday after blistering US NFP data lifted the US dollar. The market w...