Are Crude Oil Prices at Its Bottom?

The price of oil continued its slump last week, with prices almost touching lows of $80.

Crude oil has since rallied and is trading at $88 after expectations that the US government will rebuild its strategic petroleum reserves. 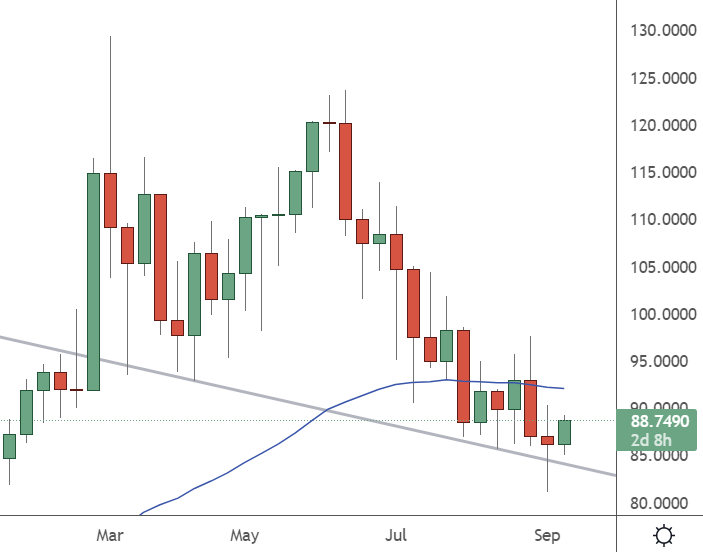 Crude oil prices were boosted by the latest comments from the International Energy Agency (IEA) on Wednesday, which said that demand would rebound strongly next year as China exits lockdowns.

The agency also expects growth in air travel to boost demand for jet fuel, while it does not see a large headwind from the economic slowdown in developed countries. The IEA has forecasted demand growth this year of 2 million barrels per day (bpd).

Despite pressure from economic growth, the IEA added that the switch from gas to oil for power in some regions will add a 700k bpd boost in the fourth quarter. For 2023, the oil market is set to see growth of 2.1 million bpd due to a rebound in China.

The latest projections helped to offset the expectation of a 2.7% fall in Chinese demand this year. This year could see the first yearly decline in Chinese oil demand since 1990.

Oil saw further support on hopes that the US would start to repair its depleted stockpiles, which are almost at 40-year lows. The US released 180 million barrels to counter the spike in inflation, and officials close to the administration told Reuters that the country could start buying oil at $80 per barrel.

Crude was under pressure on Tuesday due to the second week of higher oil inventories in the United States. The American Petroleum Institute (API) reported a 6 million barrel increase in US inventories for the week to September 9. That was much higher than analysts’ expectations for a decline of 0.2 million barrels and added to last week’s 3.6 million gains.