The Duke of Edinburgh Cup

ATFX is proud to announce the sponsorship of The Duke of Edinburgh Cup, UK Qualifying Event 2021 and we are excited to continue to support this established charity. Our company is passionate about social responsibility and we are dedicated to supporting causes such as this one.

WHY ATFX BECAME PATRON OF THE DUKE OF EDINBURGH CUP

Originated in the UK

The Duke of Edinburgh Cup is a sports tournament that originated in the UK and has expanded into various regions around the world. ATFX is an FCA regulated company based in the UK and the company is also expanding into other regions, making the partnership with DoE highly compatible.

ATFX has branched out to communities globally in order to actively care and support societies and people in need. We wanted to work with the DoE cup for its dedication to help young people worldwide. We think it is highly important to look after and nurture the next generation, so this is very much in line with ATFX’s philosophy.

The Duke of Edinburgh Cup is based on a 20-year brand development.

About The Duke of Edinburgh Cup 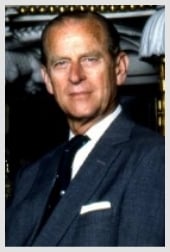 The British royal family have numerous commitments towards community and charitable services. His Royal Highness Prince Philip, Duke of Edinburgh, has established and sponsored many charitable projects. This has made an outstanding impact to the development of charity and public welfare within the UK, as well as globally.

Since 2001, the world final tournament has been hosted in London, the Queen has given permission for the use of the course and to also facilitate the use of State Rooms at Windsor Castle for the annual prize giving dinner.

Over the past 20 years, the annual international amateur golf tournaments have been held in over 20 countries covering Europe, Asia, Oceania, and North and South America. In 2019, 9 qualified events have been confirmed to play in 8 countries between April and August 2019. In 2018 China was added to the list making it the sixth station for the charity. The tournament is open to male and female players and the agreed number of players with the best net Stableford score over the 18 hole course will qualify for the World Finals. The world finals will be taking place from late September to early October in Windsor.

The programme is highly esteemed as it provides millions of 14 to 24-year-olds the opportunity and drive to be the best they can be on a voluntary, non-competitive basis. The purpose of the award is the hopes to help young people overcome hardships and adversity with the goal to strive for a better life. The award provides participants the confidence to do the things that they would otherwise not have access to. In the last eleven years, the project have raised and distributed over $5,000,000 (approximately £4,000,000) to charities in over 15 countries. 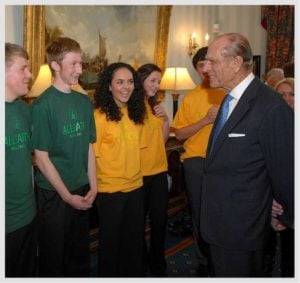 The programme is highly esteemed as it provides millions of 14 to 24-year-olds the opportunity and drive to be the best they can be on a voluntary, non-competitive basis. The purpose of the award is the hopes to help young people overcome hardships and adversity with the goal to strive for a better life. The award provides participants the confidence to do the things that they would otherwise not have access to. In the last eleven years, the project have raised and distributed over $5,000,000 (approximately £4,000,000) to charities in over 15 countries.

The finals will consist of three separate competitions run concurrently:

To win a trophy the contestants must produce a current valid national handicap certificate or electronic proof at the commencement of the World Finals.

All decisions on the rules during the whole series will be decided by IGFY and the relevant tournament organisers whose decision shall be final.

About the venue:Wentworth Golf Club, situated in Virginia Water, Surrey, on the south-western fringes of London, is rated as top 30 courses in England. Since the precursor to the Ryder Cup was played here in 1926, Wentworth Club has been renowned as the home of golfing champions. 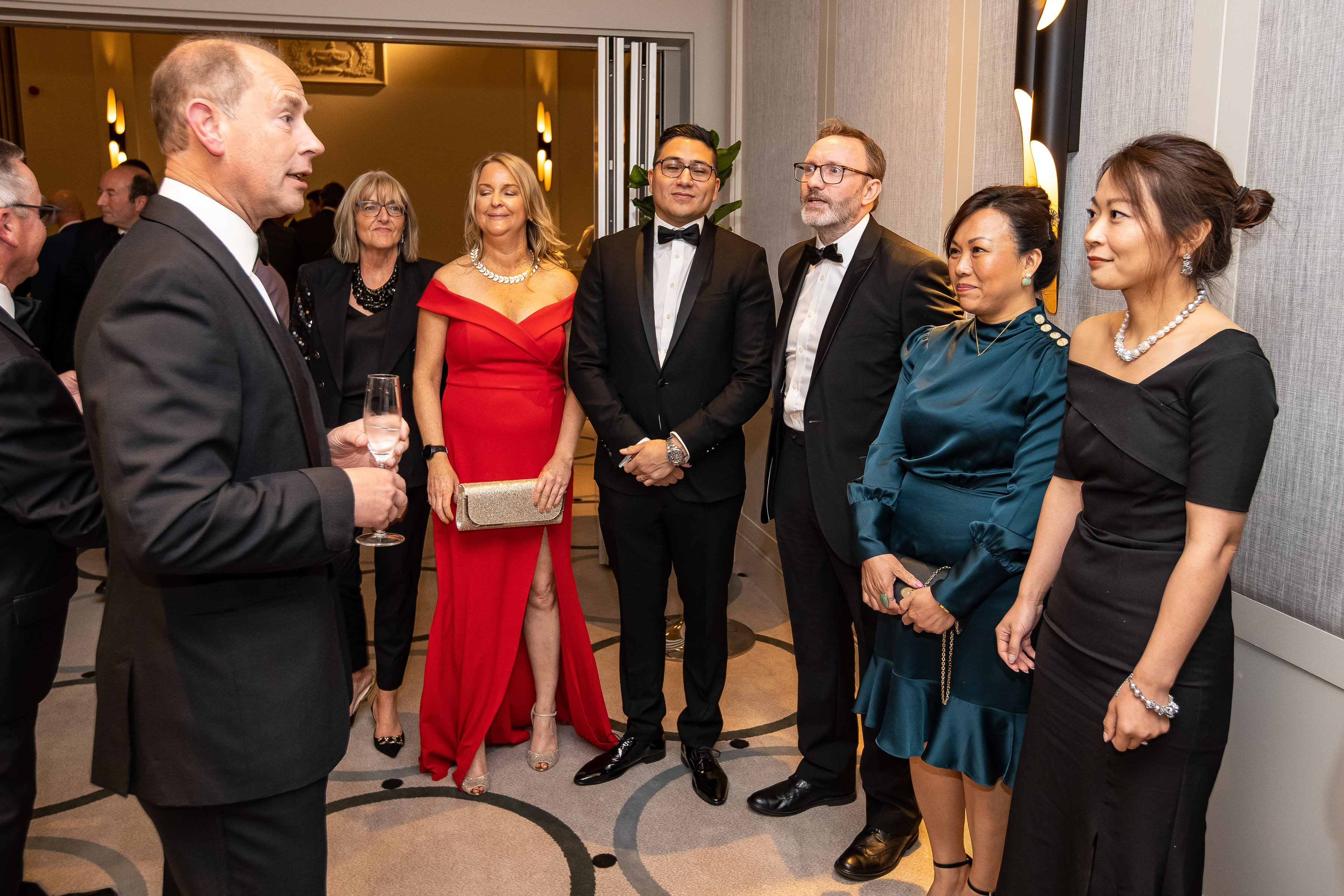 ATFX team was introducing the team members to Prince Edward, Earl of Wessex during the prize-giving dinner held in the ballroom of Wentworth Golf Club on 29 September 2021. 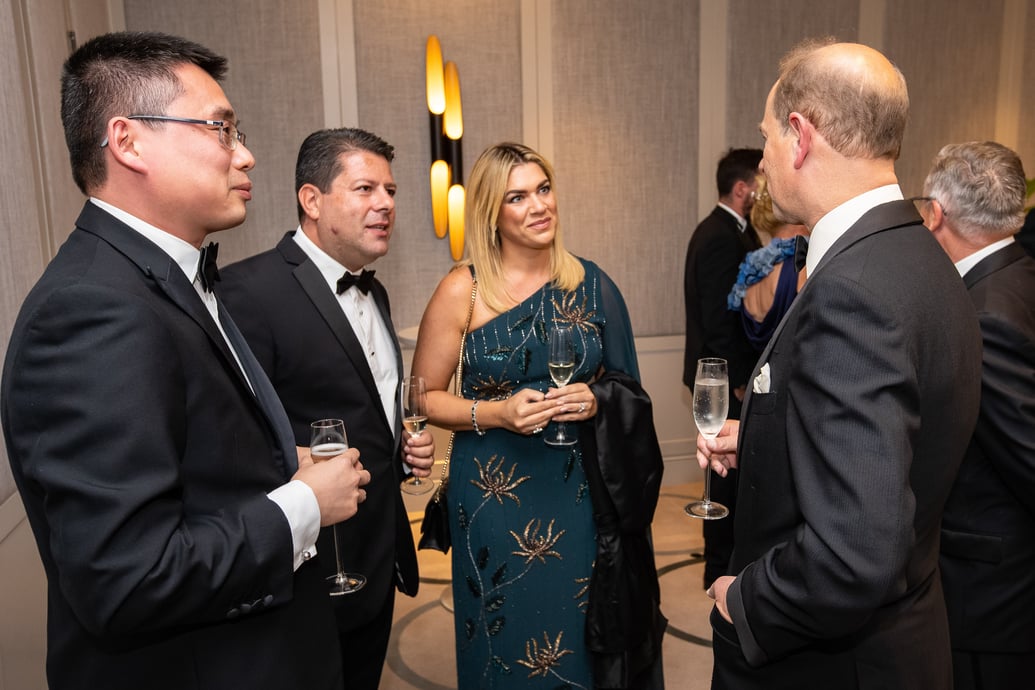 Prince Edward, the Chief Minister of Gibraltar, Fabian Raymond Picardo and his wife met with Wei Qiang Zhang, Managing Director of ATFX (UK) at the dinner.

ATFX has sponsored the Duke of Edinburgh Cup for the 4th year. The UK Qualifying Event 2021 was successfully concluded on 7 October 2021 at Wentworth Golf Club, Surrey, UK. Please enjoy highlights from the event below.

Details about The Duke of Edinburgh Cup 2020 - UK Qualifying Event

About the venue:Walton Heath Golf Club was founded in 1903. Walton’s first Captain, HRH the Prince of Wales, was not appointed until 1935. King Edward VIII became Captain in the following year. The club’s first Professional, James Braid, won five Opens and stayed for some forty-five years. Walton Heath staged the European Open in the seventies and eighties, the Ryder Cup in 1981, the British Ladies Amateur in 2000, and the Senior Open in 2011. Winston Churchill played regularly at Walton Heath.

As the title sponsor of The Duke of Edinburgh UK Qualifying Event 2019, ATFX fully supported the event at the Walton Heath Golf Club on July 5th, 2019. Please enjoy highlights from the event below.

About the venue:Lan Hai International Golf Club, situated on the eastern shore of beautiful Chongming Island, is the first golf course in Asia to be designed by the father-and-son team of the legendary Jack “Golden Bear” Nicklaus and Jack Nicklaus, Jr. The coastline and the primitive island terrain give the golf course stunning natural scenic backdrops.

As the title sponsor of The Duke of Edinburgh Cup China Event 2018, ATFX fully supported the golf tournament and the China event was held on August 30th. Please enjoy highlights from the event below.