The minutes of the Fed meeting, which the market was eagerly awaiting this week, are out, and the gold bulls hope to glean dovish signals from the minutes to create further opportunities for gold prices to rise. In contrast, the bears hope the Fed will continue its previous hawkish interest rate hike policies.

Judging from the content of this week's meeting minutes, when discussing the monetary policy stance at the July meeting, Fed officials hinted that there is room for another rate hike after the aggressive rate hike in July. Furthermore, Fed policymakers reiterated their commitment to raising interest rates to curb record-high inflation. Therefore, monetary policy would have to be raised to a very restrictive level that would slow down the US economy and be maintained at that level until inflation has accelerated its pullback.

It is worth noting that Fed policymakers, for the first time, acknowledged the risk posed by excessive rate hikes, arguing that they may slow down the rate hikes at some point in the future, but there was no clear sign as to when they will slow down and when they will end. This information may cause pressure on the gold price rebound for a short time. If the inflation data can prove that it is indeed gradually declining, then the gold bulls may usher the opportunity to push prices higher. However, they still need to wait for the turning point.

In addition, the US Department of Commerce also released its retail sales index, also called "horror data", this week. The market had expected the overall retail sales data in July to rise by 0.1%. However, the data showed that after a 1% increase in retail sales in June, the US retail sales were flat in July, slightly below expectations. The weak retail sales have also led to fears that successive rate hikes will exacerbate the negative impact on the US economy. However, the available data does not indicate nor signal a recession. This has provided temporary relief to the market, which supports the expectation that the Fed will continue to raise interest rates to some extent. However, the magnitude of the rate hikes is still uncertain.

It can be seen that the trend of gold prices in recent times has been highly volatile because the market is still unsure about critical factors such as interest rate hikes and inflation levels. This has also led to a rapid decline in gold prices after the release of the retail sales index. Therefore, gold prices may fluctuate even before the September Interest Rate Decision results or the August Inflation Report. These are the two most critical data points guiding the future direction of gold prices. If more dovish views and actions follow and dominate the market sentiment, the direction of gold prices being under pressure could shift. 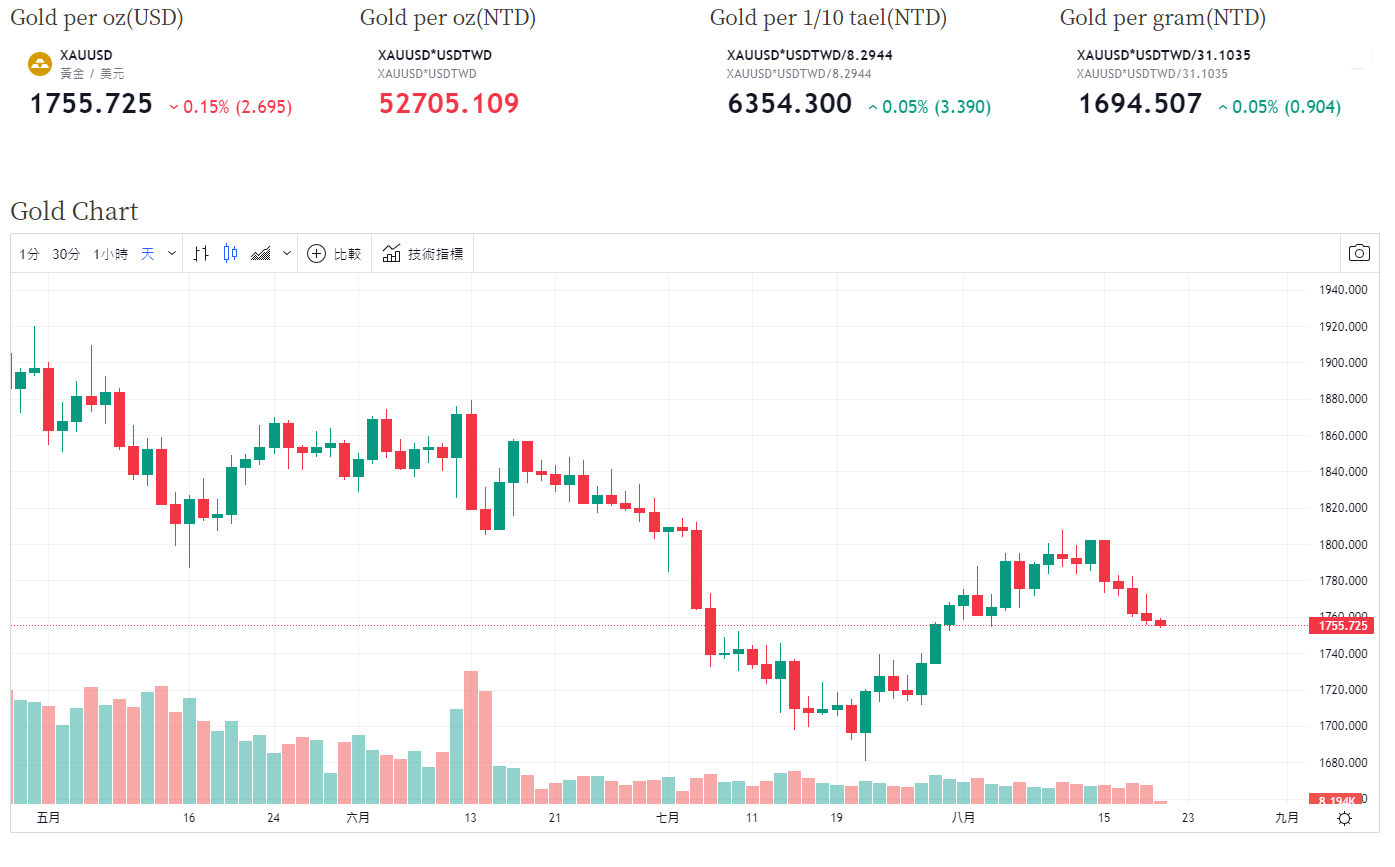 Overall, gold bulls need to continue to bid their time, as there is no clear data that the current inflation trend has shifted, so the turning point for the Fed to adjust its rate hike policy has not yet arrived. Although the Fed has begun to discuss the relevant direction in its meetings, it may be sometime before the timing of the policy shift is finally determined. The Fed's current attitude is also pretty cautious as it depends on the subsequent inflation and economic data. If inflation remains high for some time, gold may still be under pressure, while lowering inflation to its 2% target remains a long-term obstacle.

However, suppose inflation data continues to fall back next month, coupled with lower-than-expected retail sales data for July. In that case, it may force the Fed to gradually reduce the magnitude of its interest rate hikes, coupled with the increase in dovish views within the market. As a result, assets such as commodities and non-dollar currencies will have a favourable opportunity if the Fed pulls back and the dollar drops.